The Longevity of ETFs 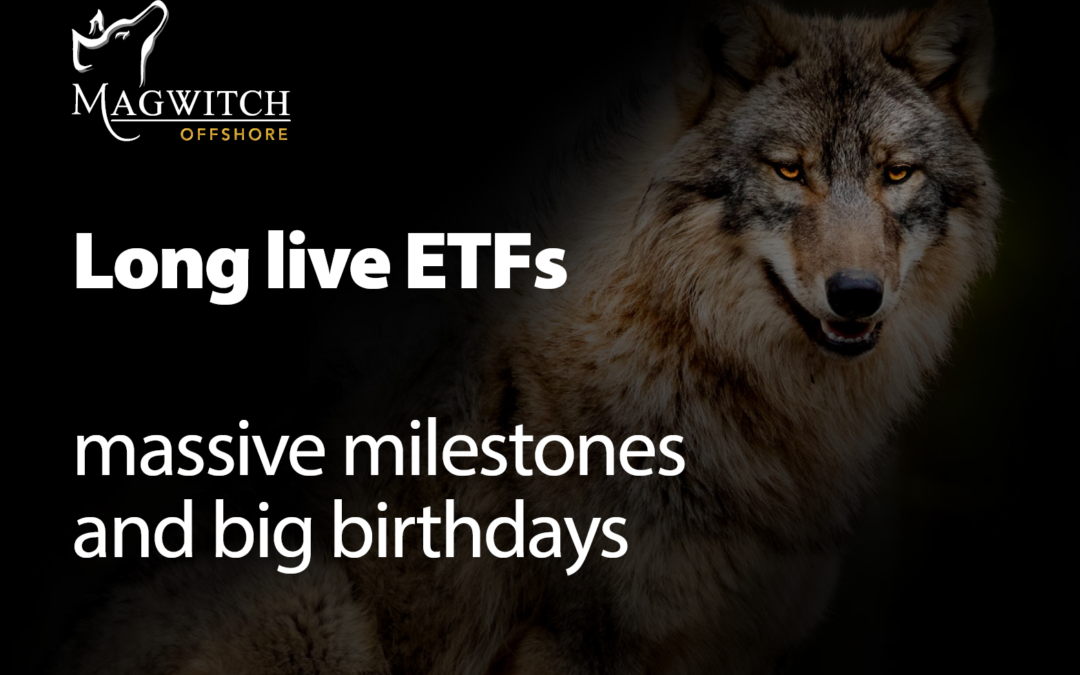 A recent article on etf.com noted that the SPDR S&P 500 ETF Trust (“SPY) reached the milestone of $400bn in assets under management.  The article had a large focus on how long each $100bn took to get in but one fact about SPY resonates with me.  SPY was the very first ETF listed on a US stock exchange in January 1993 so it is almost “celebrating its 30th birthday”.  Not only is SPY the very first US ETF but it is also the largest ETF.  Being around for a long time has certainly helped it attract the huge amount of funds invested in it.

SPY tracks the S&P500 index, a market capitalisation weighted index of the 500 largest companies in the US, all of them very investable companies.  To put into context the smallest company in the index is News Corporation with a market capitalisation of $14bn constituting just 0.008% of the index.  The fact that SPY tracks an index does lend to its longevity.  The index is just a statistical measure and thus so long as there are at least 500 companies listed on US stock exchanges the index can continue.  And as long as the index exists then any ETF tracking that index can also exist.  Compare this against the far larger mutual fund industry where basic things like hiring and resignations / retirements of portfolio managers and corporate activity can impact the longevity of mutual funds.  How many funds can you think of with a 30-year track record?

S&P Dow Jones Indices release their SPIVA Scorecard twice a year which looks at the active management industry and how they perform against the benchmark.  One of the reports included in the scorecard looks at persistency of active managers.  It focuses on how many deliver top quartile performance time and time again.  It also details the changes to these active managers.  In the December 2020 Persistency Report they found that out of the 755 active funds that can be defined as investing only in US Large Cap shares that were around in 2011, 139 of them had been merged or liquidated.  This means 18% of active funds within that sector were no more.  A further 185 funds had changed their investment style so only 57% of active funds existed and had the same investment mandate just ten years later.

Information on the world’s largest ETFs is readily available on the internet.  Using a list of the ten largest ETFs in the world we can look at how these funds have longevity.  The one thing that is apparent in the list of these ten ETFs is the dominance of iShares (Blackrock) and Vanguard who are the world’s largest issuers.  The other thing to note on these large ETFs is just how low the fees are.  As ETFs grow in size, they absorb fixed costs better and allows the issuer to drop their fees to remain competitive.

The other equity funds within the ten largest funds are

A quick look through the ten largest ETFs tells us that besides the oldest approaching the age of 30, three other ETFs have been around for longer than twenty years.  A further three have track records of at least 15 years and then the remaining three slightly less than that.  IEFA launched in 2012 is the youngest but still has 9 years of history.

As alluded to earlier in this article the ETFs can continue to exist so long as indices exist as stock exchange measures.  Given that indices can trace their origin back to the first formal stock exchanges it is safe to say that indices and ETFs will be with us for a very long time.

This article was first published on FAnews: